I was told by a good friend to visit the forum and let you guys know the package we are ofering right now.
But mainly I just wanted to say Hola to everyone and thanks for the invite to the forum, it looks great. 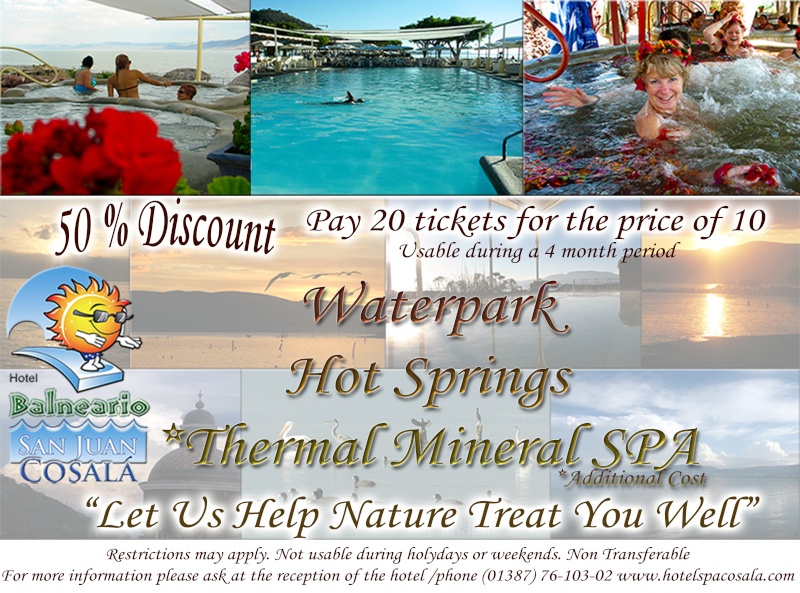 If there are question or anything we can help you with please do let us know.

kipissippi wrote:How much are the 20 tickets for the price of 10?  I didn't see any prices..

Hola kipissippi, The price depends on the current rate (it only changes each year on january) For 2013 The normal cost of the ticket is 200 pesos with this package you would pay 2000 pesos for the 20 tickets.

I have a feeling that should be $1,000 pesos for 20 tickets, probablamente?

Stick to computers as your math seems a bit faulty?

Okay, okay, the drugs haven't kicked in yet. Sorry, I read that completely wrong. I offer up my denseness for all to see.

HelperGuy wrote:Okay, okay, the drugs haven't kicked in yet. Sorry, I read that completely wrong. I offer up my denseness for all to see.

Over the Christmas/New Year holiday season what are, for you, the holiday "DAYS" ? Thanks.

borderreiver wrote:Over the Christmas/New Year  holiday season what are, for you, the holiday "DAYS" ? Thanks.

Hola what we consider holidays for december is just the 25th and from January the 1st those are the two days you would not be able to use the tickets from the package.
I also wanted to share with you guys some pictures I have taken from here

"I have reached the inner vision
And through thy spirit in me
I have heard thy wondrous secret.
Through thy mystic insight
Thou hast caused a spring of knowledge
To well up within me,
A fountain of power, pouring forth living
waters;
A flood of love and of all-embracing wisdom
Like the splendor of Eternal Light."
- Edmond Bordeaux Szekely: The Essene Gospel of Peace, Book 2 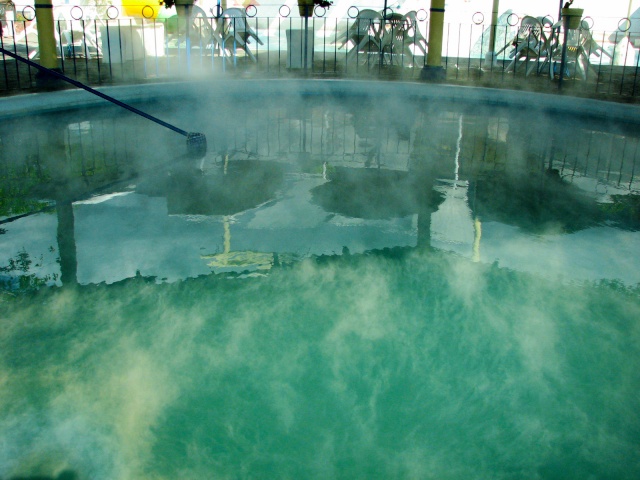 Hot springs therapy became popular in the United States in the nineteenth century and reached a pinnacle in the United States in the 1940's. During this brief hot springs era, doctors and resort owners, as well as an ever-enthusiastic general public, attributed many cures and health benefits to the use of therapeutic geothermally heated mineral waters. However, the hot springs movement did not last long enough to mature into a socio-cultural tradition which would have eventually resulted in formal research and medical acceptance. Furthermore, the FDA eventually stepped in and prohibited organizations from making unsubstantiated health claims concerning the medicinal value of natural mineral waters.

Although the brief hot springs movement in the United States faded, enough interest remained by way of naturalists, enthusiasts, and especially those more spiritually inclined, to keep many small resorts in operation throughout the country during the later part of the 20th century.

What remains universally true is the ignorance associated with potential healing powers of natural mineral waters. When questioning Native American healers, therapists, resort owners, and enthusiasts, vague opinions and unsubstantiated "facts" are often prevalent, some of which are contrary to established scientific fact.
http://www.eytonsearth.org/balneology-balneotherapy.php

who cares about the excited states. carlsbad in czech republic has been going since the 12th century. there are many other spas in europe as well. the romans developed some in britain even. this ain't nothing new.

Pedro wrote:who cares about the excited states. carlsbad in czech republic has been going since the 12th century. there are many other spas in europe as well. the romans developed some in britain even. this ain't nothing new.

you are right, many cultures way before had used and discovered the properties of Thermal mineral water.
Look at this from UK
Natural Thermal Waters
"The natural thermal springs in Bath were first discovered by Prince Bladud around 863BC, who was cured from his skin disease after bathing in the waters. The waters were then enjoyed by the Celts, Romans, Saxons and Georgians and are the constant thread throughout the history of Bath."
Source: http://www.thermaebathspa.com/the-spa/natural-thermal-waters/

Thanks for the "links". I have this "itch". Could it be that an entity, otherwise known as CBob, will be "in your face soon" ? Just a Feeling. I'm sure he will give you a great rate.