Apparently open about two months and now with 29 reviews, it has jumped over all the longtime restaurants. If this isn't a case of an establishment engineering a high rating, I will eat my hat! I checked the profiles of each reviewer and I really suspect "ringers" since so many of them are first time reviewers. Based upon those same profiles, a number of reviewers think that every restaurant they have visited has earned an excellent rating.

Any honest opinions out there regarding this restaurant?

At the prices they appear to be charging, will they be around mid-2015 or are you collecting "mad money"? One of the other clues that I neglected to mention is the number of "helpful votes" each review has received. By my calculations, the reviews have received 129 helpful votes and there isn't a single review that hasn't had helpful votes. Total manipulation! A complaint has been forwarded and hopefully TripAdvisor will take this BS down!

CheenaGringo wrote:At the prices they appear to be charging, will they be around mid-2015 or are you collecting "mad money"? One of the other clues that I neglected to mention is the number of "helpful votes" each review has received.  By my calculations, the reviews have received 129 helpful votes and there isn't a single review that hasn't had helpful votes.  Total manipulation!  A complaint has been forwarded and hopefully TripAdvisor will take this BS down!

So with the prices being in Canadian Dollars, that usually means that the gratuity is included in the price.
But will it have a self-serve counter as it is so inexpensive for a French Canadian restaurant.
P.S. will there be a reduction for Canadian pensioners, if an I.D. card is shown?

Arbon - those of us who have been around your postings for any number of years know your propensity for "playing the fool" when you think it is appropriate. Fact of the matter is that this restaurants position as #1 is a glaring example of just how the TripAdvisor restaurant ratings can be manipulated.

CheenaGringo wrote:Arbon - those of us who have been around your postings for any number of years know your propensity for "playing the fool" when you think it is appropriate.  Fact of the matter is that this restaurants position as #1 is a glaring example of just how the TripAdvisor restaurant ratings can be manipulated.

When did we start taking advice on local eateries from someone who does not live here? 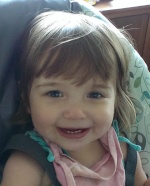 I don't see the same fussy conspiracy that Cheenagringo sees.

Trip Advisor's ranking metric is mysterious. I don't know how it works, but it surprised the hell out of me, recently. How? I started a business and got it listed on Trip Advisor. After 3 short months, it catapulted past previous places that had existed much longer and had many, many more positive reviews, and now it sits at "#1". (It helps that there isn't much competition in the category in this case. Not a restaurant.) There was no manipulation on my part other than encouraging customers to post a review if they had a good experience.

The only thing I can guess is that the rapid ascent has to do with the how recent or frequently the reviews are getting posted on the TA site.

For what its worth

I wrote one of those reviews. Its a very nice restaurant, although pricey by lakeside standards. I saw some of the "one-and-done" reviewers you mentioned, Cheena, but I also saw many from more seasoned travelers. As to the tendency for high ratings (by a reviewer), some of the travelling reviewers (as opposed to locals) only write reviews for the better/best places we eat, rather than dropping a negative review for a one-time visit. I would expect locals to give a different view based on multiple visits, and that's ok. The same issue surfaces with respect to cost: should I rate the value based on a comparison to Ajijic, or compared to what I am used to in a major metro area NOB? TA can and has been manipulated, but if you know how to dig into the reviews/reviewers, it is still a valuable resource. I have eaten at 10-20 restaurants lakeside in my several visits, and this one was either first or second in overall quality. I still think it may not make it based on location and price, but that would be a shame. Give it a try for lunch and post your results. As always, YMMV!

Can't speak for TripAdvisors but can say this restaurant is getting excellent reviews from known posters on the other board. I personally ate there and found it to be best or second best lakeside.

If and when you get lakeside why don't you go and see for your self ?

Several friends have dined there and all had very positive things to say.  The prices are Guadalajara prices, so what?

Isn't this just a new name for the Hacienda del Lago restaurant? As I recall it was well reviewed as well.

That said - there are a couple of obvious "ringers" among those reviews - not necessarily 'fake' but 'tit for tat'. 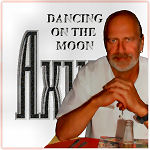 No, it's the new Lakeside branch of the venerable French restaurant of the same name in Guadalajara.

"I have enjoyed many fabulous meals at Hacienda del Lago, and now that they opened their new Restaurant, Pierrot, I'm excited to be able to have this amazing location open again."
- Reviewer 'GS'

"...a place run by the experienced and seasoned son of one of Guadalajara's oldest and best restaurants"
- Reviewer 'ksofka1'

So I surmise a new manager and a new name (and perhaps appropriately so).

Since I never once mentioned the quality of the service, the food, the ambiance, etc - I didn't see myself being critical of the restaurant. I was questioning the ranking and the excessive helpful votes the reviews were receiving. Until this morning, I didn't realize that helpful votes could be made by non-members which indicates to me that the restaurant can be padding the numbers. Also did some checking and the Guadalajara location is the 8th ranked French restaurant in the Guadalajara Metropolitan Zone with nothing close to the number of helpful votes.

Makes little difference to me the real feelings about this establishment but I do question the ethics of the ownership or management.

Personally I don't give a Rat's Patoohey about reviews on Trip Advisor or any other site for that matter. I check things out for myself. If I followed "the herd" I wouldn't likely be living the dream down here in paradise.......

Has it ever dawned on you that if you were to provide a positive review of a restaurant, a hotel or an attraction, it might provide them with an assist when someone from out of the area visits?

No it hasn't since I don't use Trip Advisor to make decisions. For those that do it is all good.

And I can see you are giving this new restaurant quite the "assist" with this thread..........

Sites such as TA are far too subjective and open to manipulation. I have later read reviews of restaurants where we had previously dined and found them to far different from what we experienced.

Ahhhh. You guys are bursting my bubble. Jajaja. Just kidding. Who cares. I look at Trip Advisor like I look at the Zagat guides. Useful to a small degree, but beyond that, I don't trust the opinions of the masses. Just look at the jackasses we elect.

Such sites are useful for giving you an idea of the kind of food and prices to expect--that type of stuff, but not for telling you the quality of the experience or whether or not you should dine there. Someone´s "best place I ever ate" is another person´s "Even my dog refused to eat the leftovers."

"No it hasn't since I don't use Trip Advisor to make decisions."

Are you not a member of Hector's advisory group? For some reason, I thought part of the purpose was to promote Ajijic businesses? It is one thing for the locals to listen to the "jungle drums" but how about the Tapatios that flood into the area on weekends and holidays? And the people who are doing research on the area as a place to visit or possibly retire? And please don't tell me that Mexicans don't read TripAdvisor as here is proof (7 out of 20 reviews) posted about El Azul de Frida were written in Spanish:
http://www.tripadvisor.com/Restaurant_Review-g499405-d3833065-Reviews-El_Azul_de_Frida-Ajijic.html#REVIEWS

No, I am not a member of Hector's advisory group and I still don't care about Trip Advisor. For those that do, great. In fact, my own rentals are listed on Flip Key which is Trip Advisors booking arm but that still doesn't mean I have to use the service myself.