Does anyone have any first hand experience with a contractor that does concrete pouring and staining Lakeside? We are looking for an alternative to tiles. 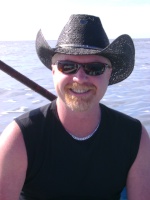 Work crews are doing this on Colon now. You might want to chat them up. 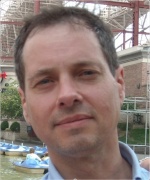 When we lived in Las Vegas we tore out all of the carpeting throughout our whole house and stained the concrete. It's really easy to do it yourself if your concrete floors are in fairly good shape. We used two colors and sprayed the stain onto the concrete with bug sprayers. Then we sealed the floors and applied polyurethane. The result was beautiful and really easy to keep clean. The imperfections in the concrete made the end result of the staining really beautiful. In the end, when we sold the house, the floors were what made the sale for us. If you do it you will love it.

There are a couple companies which provide "polished concrete" in Guadalajara. This is the next step up from stained concrete. Special equipment is required, usually diamond polishing pads. Look at some google pictures of this work. In the U.S.A. the price is approximately $3 to $5 a square foot.

"Work crews are doing this on Colon now. You might want to chat them up"

A joke, I suppose. But actually a good idea, if you want to start with someone local.

Alfonso (can't find his contact info right now and don't offhand remember his last name)  is  doing the Colon street work and is on site heading up the work crew every time I've passed by there.  I think he also did the skateboard park on the Malecon.   I'd definitely talk to him about this.  He did some concrete work for us (but not floors), as well as a bunch of other work.  He's a pro, hardworking and reliable.  And one of the nice things about him was that if he didn't know something, he wouldn't fake it.  He'd just say he didn't know, go research it, and get back to you.

I always spoke to him in spanish, so I'm not sure how much english he speaks.  He worked in the US for a while and I got the impression he understands it fairly well but doesn't speak it much.

If I were doing concrete floors, he'd be the first person I'd call about it.  It may be that he doesn't do this sort of finished work -- I don't know.  But he'll be up front and tell you if he has experience doing it or not.

I'll try to find his number and pm you, if you want.  But it would probably be better to go to Colon and talk to him in person.
Oh, and I guess he'll be busy with the street for the next .... three weeks?  Four?

Not meant as a joke at all Zea. I've watched them work. As you've noticed, these guys are talented.