Smartalex,
I do know they tried to get along and it came to naught.  I have lived here a long time and I can assure you that Ajijic gets short shrift from every administration.  Getting along buys you very little.
For someone to go after someone and name call him a moron when you are not involved in trying to work on projects to upgrade the community denigrates you, not him.  I am glad I had to step aside and have not been involved because I would not deal as well with the disappointments and frustrations that both Harry and Hector have dealt with.
It has been a thankless job, more for Harry who came aboard as a citizen volunteer than Hector who is a politician.
I do not know if Harry got Mexican citizenship as it is rare that I run into him but if he did he has every right to get involved. He would be dealing as a Mexican and not an expat.

Shana's right..Harry has done a lot for Ajijic...He actually commits and tries to make things better.  Better to try and fail then never to attempt anything.  At the very least they learn what doesn't work.  He and Chris have worked tirelessly for the community since they moved there.  So easy to referee from the sidelines.

My only dealing with Harry B. has been related to futbol.
I know that he has done a great deal for the sport in SJC, and has made sure that the club there has on-going support and assistance.
Based on my experience, the only negative thing which I can say is that being a passenger in his car, on a drive to San Juan de Dios, to purchase futbol equipment, may have taken a few months off my life.
You may be reading this situation wrong Alex.

shana wrote:Hector's brother was the tied at the hip legal guy for the Degallado brother who left Chapala not only broke but in serious debt and gave us the scar on the mountain and Walmart.

This is what I'm talking about. Are you comfortable knowing that Harry is "tied at the hip" to these same politicians? Let's not forget what you had to say about Harry in another post on this thread: "He and Hector have grown very close...."

I'm not comfortable with this. And, apparently, neither is LCS. Why do you suppose they booted the "security meeting" off their premises? They probably read Harry's post promoting this event on TOB and decided it was just a political stunt.

Here's Harry's post from TOB:
This friday the 24th from 12 to one p.m. there will be a meeting at LCS to present to the public and get input to a proposed new security plan for the area. All residents are encouraged to attend this open meeting. The new commandante of Transito will be present. The plan originator is candidate for Chapala presidente, Javier Degollado.

Harry's welcome to do his politicking as he sees fit. But if he wants to campaign for Mr. Degollado, then he should resign from the expat advisory committee.

Harry can do whatever he wants.  I have no idea who set that up with LCS.  Hector set up lots of things with LCS when Howard Feldstein was president there. I could not believe LCS had allowed that meeting to be scheduled there and was glad to see it gone to Manix where it belonged
Yes they have grown close as friends, so what?  Bottom line he and Hector accomplished quite a bit considering they had so little administration support.
When I first met with Hector I saw his list of what he wanted to accomplish and it was ambitious and very mindful of the needs of Ajijic.  There was only one I told him I would not support and two other committee members told him the same thing, one of whom was  Harry.  It never saw the light of day.
You need to separate the reality of what they tried to do and what they did from the politics of today. I absolutely stand by Harry for the time, effort and accomplishments.  I know I could never done what he and Hector did considering the situation.  For that I applaud them both.

I was also involved with the Ajijic Delegado Committee for a brief time when it was first established however I resigned because I didn't agree with the other committee members on many points. Particularly the whining and complaining about what I viewed as typical Mexican activities.

Harry does have his Mexican citizenship (which is not that rare or difficult to get after 65) and he does work very hard for what he believes in. He isn't that tight with Hector.

Alex, you know not what you speak of. You are making crap up here based on how you are interpreting someone's post on a web board. You should know better than that.

CanuckBob wrote:I was also involved with the Ajijic Delegado Committee for a brief time when it was first established however I resigned because I didn't agree with the other committee members on many points. Particularly the whining and complaining about what I viewed as typical Mexican activities.

Harry does have his Mexican citizenship (which is not that rare or difficult to get after 65) and he does work very hard for what he believes in. He isn't that tight with Hector.


Alex, you know not what you speak of. You are making crap up here based on how you are interpreting someone's post on a web board. You should know better than that.

Alex you need to back off. We know Harry far better than you do. No one is perfect and we are not saying Harry is perfect however he has done gobs for the area and served a very difficult role nobody else wanted to.  I would not blame Harry if he dropped off the face of the public earth after some of the comments made here and in other places. Harry did the best he could considering the situation. I and others are proud at what was done in Ajijic over the last few years and while many folks were involved Hector and Harry did a lot of good things and tried to do many more. I don't see either of these two with fancy new stuff, cars, and whatever do you??

since i have known harry and the political players longer than any of you probably, except for shana where harry is concerned. i actually worked for 3 years with the pri admin in various functions. i can say that alex has some things right and so does shana. yeah the "alleged" security meeting was totally "political". when gerardo was presidente. javier was there everyday as the unofficial "whatever" and yes oscar was the legal guy and deputy presidente on occasion.
by the way i also worked with chuy's pan admin but refused to work with this admin. i was given that nice flag as a thank you, for 6 years of actually working with this gummint
i've said it before- if you live your life as reality based primarily on what is said on these webboards you ain't got a real life. 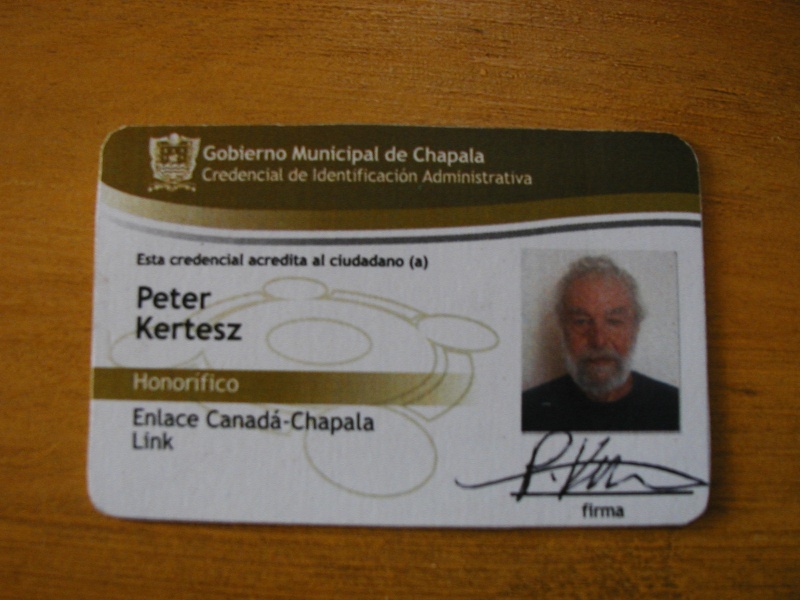 Harry has accomplishments, and then you have people who, analogously and continuously, whine to the headstones in the cemetery about all the dead people there.