there is an effort to try to get westjet to fly direct from canadian cities to guadalajara. go on the page and like it and invite all your friends too. i ain't good with the link thingy but it's called:westjet needs to fly to guadalajara.

205 likes so far. This would be great for all Canadian/Lakesiders. 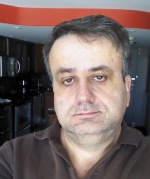 I wonder why the organizers limit their petition to just Facebook? There are legions of people who do not do Facebook, and they make up a big demographic of those that fly. Seems to me the organizers of this petition might want to consider making their petition available to them too if they want to be successful?

Perhaps a petition through www.change.org? That is the same organization that garnered 1 Million plus signatures to re-instate Jeremy Clarkson of Top Gear fame.

They fly to Manzanillo and not Guad ..... strange

and pv. when i did that recently i had to go to guadalajara by bus and then taxi home. there was no connecting flight as late in the day as i arrived. not strange since a lot of canadian tourists fly to those 2 including westjet charters. the plane i took was just around new years and full of tourists and snowbirds. that was from toronto and it was a joy not having to go through the excited states.

Aeromexico just began offering daily direct flights to Vancouver from Mexico City, they will compete with the only other direct flight on that route, Air Canada (the much better airline in my opinion). I expect they may end up being  a code share but I hope not. I would like the option of carriers.
While I agree it would be much nicer to have a direct flight right from GDL, like they had in the good old days of Mexicana airlines, connecting via Mexico City is a much better option than having to go through customs twice in one day, USA and Canada. Three times if you incldue the Mexican immigration kiosk ( a very easy and painless part of the journey,). The only reason to go through double customs torture is if you absolutely have to save the couple hundred dollar savings the US carrier sometimes offer (a debatable saving considering all those extra charges).

going via mexico city is a pain too-no thanks. aeromex is better than aircrappy and who cares about flying to van anyway-SNORK!

They probably fly into Manzanillo for the simple reason of passenger numbers - the load factor. I believe that flight originates in Calgary. I've heard there is a bus/limo service that meets those flights for transfer to Guad - a lot better than PVR/Guad. I think it would make more $ sense for Aeromexico to do a say Vancouver - Mexico City - Guad - Van schedule. $ talks...

Maybe all the short time vacationers come to the beach rather than Guad or Chapala. Took neighbors to the last flight out of ZLO about 3 weeks ago.

Maybe Calgary but they do have to transfer to Vancouver

borderreiver wrote:They probably fly into Manzanillo for the simple reason of passenger numbers - the load factor. I believe that flight originates in Calgary. I've heard there is a bus/limo service that meets those flights for transfer to Guad - a lot better than PVR/Guad. I think it would make more $ sense for Aeromexico to do a say Vancouver - Mexico City - Guad - Van schedule. $ talks...

then why are there direct flights from mexico city to tranna? granted guadalajara is only about 6 1/2mil but so's tranna. this ain't just about a few ferner residents and a few more NOB tourists. why is it so easy fer some to ignore the large mexican middle class and really rich who go to canada fer shopping business,university and even skiing but right now they have to go through mexico city or a damn us carrier. the #'s are there.

I've never liked anything on Facebook. I never will.

I'm a moderator on the Facebook page: WestJet needs to fly to Guadalajara

This page was only started a few days ago and we're currently at 244 Likes.
I understand not everyone is or wants to be on Facebook. This is the start of the campaign. I'm in the middle of writing a letter that will go to local Guad tourism and other government agencies here. It will obviously be going to WestJet and tourism agencies in Canada.

All suggestions for other ways to convince WestJet is appreciated.

Tony_In_Mexico wrote:I've never liked anything on Facebook.  I never will.

I don't know about "liking" or "not liking" , but logic indicates to me that when a company is making a fortune offering a free service to members, said fortune is derived by some means. Best of all, Facebook storage is forever.  Your words as a stoned teen will remain long after your hair turns gray.  If that's your cuppa.......enjoy.  After all, it's "free".

Barring using something like www.change.org all I can think of is to start an email blitz, asking everyone to send an email to Westjet.

You need to make this real easy to get people to do it. Start a new topic, with an easy to understand title. Provide Westjet's email address and a simple draft letter that serves the purpose. Those interested could just copy and paste to a new email for distributing.

Those interested would then send your copied email to Westjet using the address you provide. They would also copy your post to another email and send it to everyone in our personal contacts who would be interested in this service so they too could email Westjet. By including the phase "pass it on" or similar, they in turn would be reminded to pass it on to their contact list, and so on. Ideally, if there were enough people responding, this would inundate the airline with requests for direct service from/to GDL.

PS, test the Westjet address first to make sure it works. Its no good to anyone if the emails bounce!