It was a beautiful morning to be sitting on the lake wall on the Ajijic Malecon watching the dawn break over Chapala with the pelicans soaring overhead...  After more than a hour though, not a bite; then, the first small carp gives decides to get hooked.  One hour later, around 9 o'clock, the carp are in a feeding frenzy on Walmart canned sweet corn.  Eventually 11 carp were landed and many others were lost as the hook pulled out.  The largest was a very fat (spawning?) 15"er that put up a good 5 minute fight on 4lb breaking strain line and a single #12 hook.  It was a good 3lb+ fish.  Most of the other carp were only 6"-9" but 4 were over 12".  A couple of nice sized tilapia also showed up to keep things interesting.

All the fish caught looked to be in excellent condition and were all returned alive.  At 10:30am, 2 teenagers turned up to try their luck fishing 3 feet either side of me.  LOL!  The wind was getting up now and pieces of lirio were becoming a problem so I gave the guys my remaining corn and headed home with the dog to tell a few fishing lies to wify... 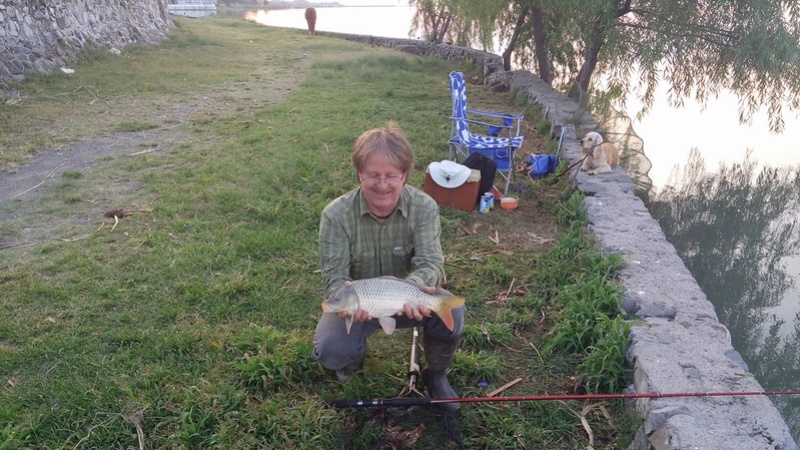 Nice! I don't think many fisher persons realize how strong the fight. It's fishing at it's finest and the locals love to make a tasty ceviche with them. A couple of other incentives are they can get up to 30+ pounds and no need for a boat or fishing license.

I'll betcha a Inside Lakeside fishing tournament would be a hoot. Maybe go as far as a traveling trophy and the all important bragging rights.

Good idea Oncesubtle. Lets give it some thought and work on the details. There has been a few nice Tilapia caught around here too.
_________________
Vacation Rentals
https://casadecomo.webs.com/