Are there are aficionados of the la fée verte here? I made it myself back home, but left the still back there knowing it would not pass muster at the border. I have checked locally to no avail and hope you all might know where the fairy is available. 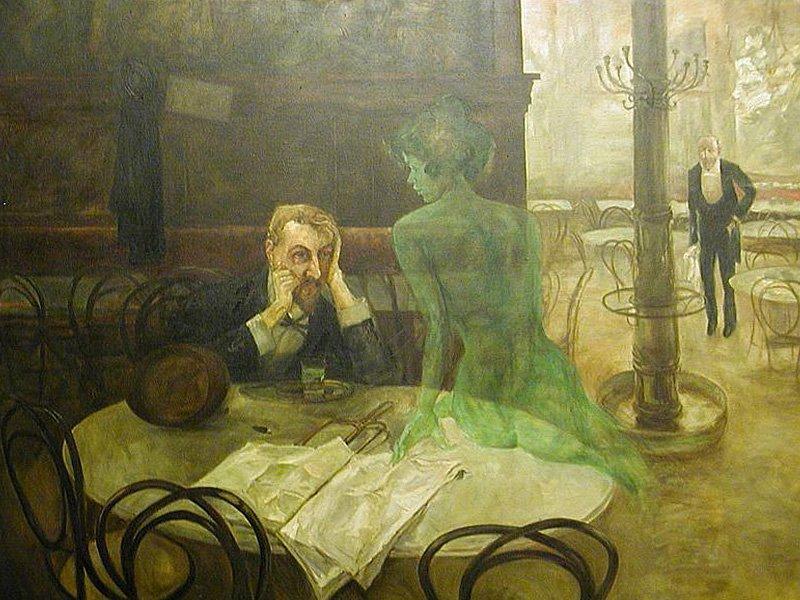 If it is available around here it would be at either Paz (beside Superlake) or La Playa (beside Domino's near WalMart).
_________________
Vacation Rentals
https://casadecomo.webs.com/

I got some at Europa Wines in Mexico City, they probably have it in their store at Gallerias Mall

I've seen it at Vinos America.

This smoke shop in Mexico City carries it - I don't know about shipping however.
http://salvia-divinorum.salviamx.com/comprar/licores/

Home distillers would probably buy cane alcohol (95%!), carbon filter it a couple times, then add an absinthe extract (flavour only, no alcohol).

CHILLIN wrote:Home distillers would probably buy cane alcohol (95%!), carbon filter it a couple times, then add an absinthe extract (flavour only, no alcohol).

A home distiller would make his own alcohol, not buy it. The extract came from the Netherlands marked as flavoring samples to avoid the ban of Thujone in the US. I have a large amount of experience this way.

At  35 pesos a litre - it is hardly worth the gaz, yeast, sweet stuff, and cleanup
Most commercial absinthe is sweet as syrup. yuck
Brewhaus in Texas has essences, I always thought the best came from Sweden?
http://www.brewhaus.com/Absinthe-Essences.aspx

Yes, the best is from Sweden, but my supplier is in the Netherlands where I bought in bulk, not just little bottles. I also got Thujone levels that are much higher than what you see at Brewhaus. The maker is:  http://gertstrand.se/


BTW, alcohol was not available at 35 pesos a liter NOB, so I rolled my own.

Interesting back story there - Sweden tried to curb alcohol consumption with a punitive tax. This prompted the Swedes to "roll their own" and the government has had a very hard time winning back this revenue stream.

Did you see that coca leaf liqueur on the Mexico site? Do you think it really glows green?

The problem here is that liquids are not allowed to be shipped by international air freight. This was told to me by a customs agent for Estafeta. I had ordered a gel, but customs didn't have a category for that, so they sent it back. It was already in Guadalajara. The agent said that it was possible to apply for a special import permit - but that would take two weeks, and customs would not keep it that long.

I have ordered international airmail from Europe and Australia, then surface shipped from Mexico City by Correo - Mexican postal surface. It takes a long time, and you are best to have iShop mail drop for that

ajenjo grows in Mexico and is used as a medicinal plant no need to import it make your own from scratch.

Absinthe is not just ajenjo (wormwood) but a complex mix of herbs. Per Wikipedia:

"The principal botanicals are grande wormwood, green anise, and florence fennel, which are often called "the holy trinity." Many other herbs may be used as well, such as petite wormwood (Artemisia pontica or Roman wormwood), hyssop, melissa, star anise, angelica, peppermint, coriander, and veronica."

Buying a professionally made mix is a lot easier and guarantees a louche in the finished product.

Wouldn't a nice Scotch do?

Scotch is what my ex-American wife drank and it makes me ill to smell it, plus absinthe has other properties the drinkers enjoy beyond an alcohol buzz.

Anise and fennel are alos available in Mexico.. complex is the key marketing word to make you buy stuff that has been made for a long time and does not taste any better than many other anise liquors and alcohols..Since you can make the stuff make it from scratch and make your own flavors with herbs available here..

FYI I am French and was in the business for more than 30 years so I know what complex means in that jargon you could call colloquialism of the liquor business.

brigitte wrote:Anise and  fennel are alos available in Mexico.. complex is the key marketing word to make you buy stuff that has been made for a long time and does not taste any better than many other anise liquors and alcohols..Since you can make the stuff make it from scratch and make your own flavors with herbs available here..

FYI I am French and was in the business for more than 30 years so I know what complex means in that jargon you could call colloquialism of the liquor business.

Ditto from the Alabama Redneck forrtunately to have resided with the Frogette for 46 years.

Brigitte definitely knows of what she speaks. Poor Bubba2shoes is proof that absinthe only makes the heart grow stronger. As an ex-rummy, what what you recommend as a dark sipping rum available locally? I spent a pleasant afternoon with some friends, one of them wants to import used oak casks from Portugal. He believes good rum is all about the casks. I believe in purifying the cane alcohol with multiple charcoal filters (neutral flavour), add to the cask some premium rum flavouring extracts, then go from there - topping up the cask with whatever "notes" are missing. A lifetime project, and a hell of party once you are gone.

The best rum I have had for the price was some 20 peso stuff made in Veracruz in a used bottle.

For rum regardless of cost, Appleton Estate 12 year. In Jamaica I drank it all day as there it was cheap along with the local herbs.

Rich - a few years ago I had absinthe at El Barco. Carlos, the owner, prepared it for me while I watched him light the fire to ignite the liquor. Very tasty.

The idea behind absynthe was to get stoned and most of the stoning is done by alcohol the effect of the thujone is debatable as the quantity  in the absynthe is small so I do not get why you would burn the alcohol..sounds like it is a loosing proposition..
The traditional way to drink it is with water that has slowly disolved a cube of sugar.
I can see burning the liquor when cooking but to drink the stuff I do not get it.. sounds like a sisi thing to do.

I should not knock it before I tried it but it seems that lif is too short to remove alcohol from alcoholic drinks..


The best rhum I have had is the rhum agricole of Martinique but here I do not drink rhum, just cook with dark rhum and I use the cheap rhum Negrita for that.

The Sazerac cocktail from New Orleans is considered to be the first mixed cocktail in the U.S.A. For many, many years, when Absinthe was banned, bartenders were unable to offer it. Now this is an very popular cocktail.
http://www.esquire.com/food-drink/drinks/recipes/a3876/sazerac-drink-recipe/