Heavy metals in the lake

Heavy metals in the lake

Close to one-third of the inhabitants of a small Jalisco town located on the shore of Lake Chapala are afflicted with kidney damage caused by the presence of elevated levels of heavy metals, according to tests. -

Strange that it is primarily present in children, in only one town and they can't determine the cause. Maybe they should check the local school for some sort of contamination. No where does it say it comes from the lake, Sparks.

In fact it says "The specialists have yet to determine a single cause so they have ruled out the water supply, which was originally suspected.".
_________________
Vacation Rentals
https://casadecomo.webs.com/

I assumed too much it seems. Always talk about lake contamination so I wouldn't rule it out. Many similar problems show up in children first

I know people here that have been eating the fish from the lake for over 70 years. They still seem to be fine. I have not seen any reports saying the lake is contaminated. Quite the opposite.
_________________
Vacation Rentals
https://casadecomo.webs.com/

Lake Chapala feeds a lot of water to Guad. I'd imagine that the quality is pretty good or there would be a lot of dead people in Guad

Sparks I remember talking about this when you had your own site, it's a shame there hasn't been anything done in that time period. Attached is a report that was done back in 2009/10 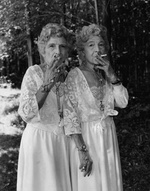 (I am paraphrasing information that I received 2 years ago from Dr Todd Stong)
The heavy metals in Lake Chapala are in solution and exist up to about the 30%-full level of the lake. For that reason CEA cannot let the lake level fall much beyond the 40%-full level, as Guadalajara needs a safe zone from which to pump water to the city. Heavy metals are removed by the process of reverse osmosis, which is expensive. Guadalajara does not have such equipment.
The heavy metal contamination level rises about 10% every 20 years or so. Eventually there will be no safe zone for Guadalajara to pump from. At that point, unless Guadalajara has found a new source of water, CEA will have no alternative but to flush out the lake by letting it fill up and flow out into the Rio Santiago. The lake has not done this since the early '70s.

There are laws on the books about pollution into the Lerma upstream of the lake but no one seems to do much about it. Money talks.

The presence of heavy metals in natural water sources is not necessarily the result of pollution - much of it is naturally occurring due to the presence of minerals in the geology. In the Municipality of Chapala, all of the potable water that is supplied by SIMAPA comes from wells and not from the Lake. The Federal entity CONAGUA administers all water taking in the country and if you have a "legal" well used to take water from underground and supply multiple households, the terms of the "concession to take water" specify that water testing for heavy metals (as well as biologicals, etc.) must be done on periodic intervals (municipal wells are once every 6 months). The water testing must comply with standard NOM-127-SSA1-1994. It is up to 38 separate tests including the content of iron, lead, mercury, zinc, arsenic, aluminum, chromium, cadmium, magnesium, etc.

The municipal wells are tested by Agua Jalisco, the state water authority at their lab in Guadalajara, at no cost to the Municipalities. Private systems have to pay for these tests and I have seen the cost range from $12,000 - $35,000 per well depending on the range of tests. Some of the tests in the standard (such as detection of cyanides, aromatic hydrocarbons, pesticides and trihalomethanes) cannot be done in Guadalajara, the sample need to be sent to Mexico City and that costs pesos.

The linked article says:
"The specialists have yet to determine a single cause so they have ruled out the water supply, which was originally suspected.
Instead, Lozano said diverse elements have contributed to the situation, citing the water supply, air, food and housing.
Specialists found that the diet of residents of Poncitlán was deficient in calories and protein, meaning the population is chronically malnourished.
The study noted that the principal crops of the region are corn, beans, and chayote squash, which are grown with an excess of agrochemicals."