In one of the classes, students are in the middle of a discussion about words and their meanings.

The teacher asks the President if he’d like to lead the discussion of the word “tragedy.”

He agrees to do so and asks the class for an example of a tragedy.

One little boy, Ron, stands up and says, “If my best friend who lives on a farm, is playing football in the hay field and a runaway tractor comes along and runs him over and kills him, that would be a tragedy.”

“No,” says the President, “That would be an accident.”

Next a little girl Megan raises her finger and says, “If a school bus carrying thirty children went off a cliff and fall in the sea, killing everyone inside, that would be a tragedy.”

“No, I’m afraid not,” says the President. “That’s what we would call a great loss.”

The class in silence for a few seconds as no other children volunteer.

The President looks around the room and says a little testily, “Isn’t there anyone here who can give me a true example of a tragedy?”

At last, a little boy, Chaim, at the back of the class raises his finger and says, “If Air Force One carrying you, sir, was struck by a rocket and blown to smithereens, that would be a tragedy.”

“That’s exactly right!” shouts the President, , “And can you tell me why that would be a tragedy?” 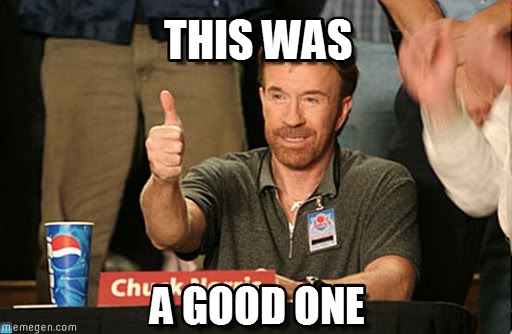