Problem with 160 liter tubular solar hot water heater in Upper Ajijic
Believe me I have called other local companies and received no advice or help.  Had a
well known solar man who installed an extensive system in my house 2 years ago.
During the first year, the copper condenser tubes (about 7 inches long) corroded and it was leaking
water out of the rubber 0 rings at the top. It became a big mess, all green mold
and unsightly calcium deposits which I cleaned up.
The contractor convinced me that I was not using enough salt in the filter system which
caused the water to be acidic and I paid 1800 plus tips
for the condenser tubes which were now replaced with stainless steel
and not copper.  Within six months, the problem repeated itself despite my making
sure filters and salt were up to date. The contractor again replaced 3 or 4 tubes, saying
he had never seen this before and upon testing the water found it to be acidic,
(he claimed) too acidic for the system.  A third time he again replaced the condenser
tubes and this time said, he would not maintain the system.  That no warranty
would cover this.  I asked him if acidic water from the city was the problem and
as he stated,  "nothing could be done to remedy the situation", why did he not
test the water beforehand.  The reply was twofold, "I have never seen this before and
if I told customers, I needed to test the water, I would lose customers".  What can
I do?  Any helpful suggestions.

Something doesn't sound right here. I guess I would get my water tested as well to see what is polluting it if anything.

My solar hot water system is more than 10 years old, and it is still working. I do not know the name of the company my architect chose for the work or the brand name which I can no longer read as it was printed on paper and stuck to the panel. And the name is faded out. 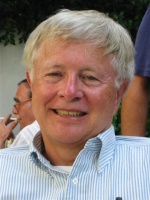