So, on Mother's Day around 5pm one of my neighbors knocked on the gate and asked if I would come take his wife's blood pressure. She was complaining of not being able to breath and was indeed breathing to beat the band and not moving much air. She was a little hypertensive, rapid heart rate, hot, and had absent lung sounds in the base on the right. She had only been out of IMSS for 4 days where she had a partial amputation of her right foot due to diabetes. She has a history of heart and renal failure. She is only 64 but a complicated patient. Damn that diabetes.

What to do. . .  She needed to be seen urgently but they are a family of very limited means which ruled out our new hospital which was close but we figured too expensive. Next choice was Cruz Roja but they were not very enthusiastic and asked if I would take her to the Chapala Municipal Clinica. The other option was IMSS Chapala but the whole family voted no on that one. Off we went.

As we were coming into Chapala, the traffic got worse and so did her breathing so I made a detour to CR. I went in to see if they would take her but the doc said no. He was a little frantic and said he currently was treating 2 criticals and begged me to take her some place else so we wound our way through Chapala up to the Clinica where not only would they take her but a paramedic and assistant came out and got her and brought her in from my car. They were so nice and efficient.

We registered her and while they had a bed for her, the doc was busy so we settled in to wait. Her son with a car arrived and I left.

Update: just back from their house, the diagnosis was pneumonia, she got antibiotics but the doc chose to give her tablets instead of IV antibiotics due to her heart failure and fluid retention. We will see how she does. She was breathing normally at rest in her wheelchair but has zero exercise tolerance.

Good on you Marilyn, hope she gets well soon. The people at the clinica are to be commended also. Thanks for the post

God bless you. The angels were with y'all.

Please keep us posted on her recovery.

Trailrunner is an angel... a very knowledgeable one. The family were lucky you were available to help.
And do, please, keep us posted as to her well being.

Thanks guys, not an angel, I just like these peeps and I thought you would be interested in the story. Besides, they help me a lot too and invite me to all their fiestas.

We'll see how she does, I wish she had been treated a little more aggressively but we'll see.

You’re a true blessing to these folks. 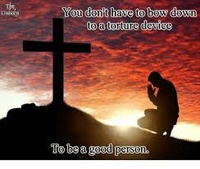