I cannot find the post about how to fire a maid but a few years back I recounted the plight of a restaurant owner in Ajijic who lost her entire business and all of her employees lost their jobs. Following is the account:

If I remember correctly the former owner of Adelitas, then called Dianes, had a problem with an employee who did not show up for work and could not be contacted by the restaurant owner to find out if she was coming back. It seems like some several years later Diane was contacted by the labor board and taken to court as the employee claimed she was unjustly fired. End result was that Diane was ordered to pay back pay to the employee to the tune of some Twenty Five Thousand dollars. Diane had to close her restaurant and she moved back to the States. Not only did she lose her restaurant, all of her employees lost their jobs when when she closed. Maybe someone who remembers this happening can set the record straight of what happened as it was quite awhile ago and I may have some of my facts wrong. Be careful with employees, the labor laws in Mexico favor the employees big time.

why don t you invest a few pesos and talk to a lawyer? You will get the right answer to your case and will be protected.

Your memory is quite accurate except for the amount of time Diane tried to reach the employee and the labor board or union demanded Diane pay the woman.  It was a much shorter time between the beginning and end of a very bad scenario.
Diane packed up her young daughter and herself  and left in the middle of the night. 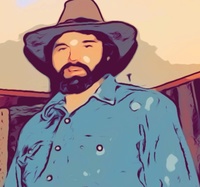 Similar topics
» Maid's Severance Pay?
» Severence Pay for Maid
» Firing a gardener with cause
» Help! Anyone been taken to court for (falsely) firing a worker?
» I need a maid....