A niece wants some good vanilla for cooking. Does anyone know where you can buy the real thing these days?

Almost all major grocers, read the label and avoid artificial or diluted products, it will be more expensive.

Thanks but not all the major grocers not Walmart or Bodega Aurrera or Pancho's new store. I haven't been to Soriana yet. Superlake had some. They all seem to contain water-I don't know if that means diluted.

The process by which vanilla is extracted from the beans is a combo of water and alcohol. It's okay.
Clear vanilla is NOT made from vanilla beans.

In around 1999, I bought twelve one litre bottles of pure vanilla extract from a grower while vacationing in Veracruz. It cost 20 pesos a bottle. Great stuff and made wonderful gifts. Those were the days.

I looked on my bottle of really good vanilla and it has the vanilla, water and alcohol. The alcohol burns off. There was some adulterated vanilla years ago that contained, I think, coumadin. Buy only the ingredients I listed.

Okay. Glad I stayed away from the vanilla claro

When buying vanilla (and cinnamon) ensure it does not contain any coumarin. If anyone has liver issues, consuming coumarin is not a good idea. Anyhow, IMHO the best vanilla in Mexico is Azteca and the best deal that I have found so far is at El Granero on the Carretera across from the Ajijic Hospital. 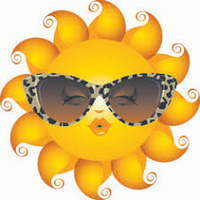 JoMexico wrote: IMHO the best vanilla in Mexico is Azteca.

Orlando? Where do you buy it? Azteca has vanilla bean extract in water, vanillin and alcohol.

It's available in many of the small grocery stores and pharmacies in Sayulita, where I live. I've also seen it in the tiaguis here, but way overpriced for tourists. I just bought a 500 ml bottle in a local grocery store for 170 pesos.

I'll have to see if it's available anywhere here - love to try it. Mud Girl? Have you heard of these gals? https://www.mudgirls.ca/

Thanks for that link, JoMexico. I hadn't heard of them before, so my handle isn't related to them, although oddly enough, I am from Vancouver Island and it did have to do with construction.

When my house here was in construction, I was working right along with my Mexican crew, something they'd really never seen a woman do before, let alone a 58 year old gringa. I wasn't laying block, but doing tiling, wheelbarrowing dirt around, etc, tarring the foundations, etc.

One morning when I showed up, the crew was unusually quiet. They were working, but not their usual animated, joking, singing, selves. I didn't know if they had had an argument, were mad at me for some reason, or what.

Finally, after 5 minutes, I noticed a giant cheesecake poster that had been taped up on the wall- a naked woman covered in mud. When I finally saw it, and said "Oh!" all the guys burst out laughing- they had just been waiting for me to see it. I laughed, too, it was all in good fun.

You could probably Google Orlando vanilla and see where it's distributed in your area and see how it compares to the Azteca.