A nation of wimps?

A nation of wimps?

Why do Americans consume 80% of the world’s painkillers?

8 May 2012 Last updated at 21:36 ET Help Rich Elassar is a victim of the fastest growing drug addiction in the US.
The 36-year-old from New Jersey began taking the painkiller Percocet to get high at weekends. Within months, his addiction spiralled out of control and he turned to crime to finance his habit.

Mr Elassar served three years in jail robbing a bank and lost his business and his wife as a result. Outside of prison he has struggled to stay clean, relapsing four times.

Now he is under the care of a physician and taking medication to curb his addiction. He has been clean for more than a year.

Americans consume 80% of opiate painkillers produced in the world, according to congressional testimony by the American Society of Interventional Pain Physicians. And addicts are not the only ones impacted by the crisis.

Howard Levine runs a pharmacy on Long Island that was twice robbed by an addict desperate for painkillers. He no longer provides most prescription painkillers.

Unlike drugs like heroin or cocaine, painkiller drugs are legal. Many are now asking whether over-prescription by doctors is making the epidemic worse.

Cannot feel sorry for people who abuse drugs? Maybe they have a variety of excuses. Too bad, we all have ups and downs. We deal with it without drugs. They should too.

They are weak people. If they commit crimes trying to get cash for drugs, throw them in jail. I cannot feel sorry for the losers of the world.

My Drug is Beer... or Tequila, Scotch, Rye, Bourbon, I like Gin in the Summertime, Vodka...Rum Mixes Nicely...

hockables wrote:My Drug is Beer... or Tequila, Scotch, Rye, Bourbon, I like Gin in the Summertime, Vodka...Rum Mixes Nicely...

Mine is the same Hocks, Beer, Tequila, Jack, Vodka. And not necesarily in that order. Sometimes all at once. LOL 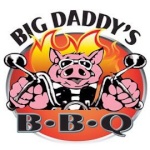 Those pain meds are the training wheels for becoming senior citizens who are on an average of FIVE prescription drugs each.

Big Pharma loves them all.