I recently bought my first smartphone, an iPhone 4S. I'm using the Telcel Amigo plan with it. It's configured to pick up my wifi signal when at home, but when out and about I guess it grabs a Telcel signal for any apps that require internet. The other day I was in the Ajijic plaza trying to send a message (via WhatsApp) and was having trouble sending it. Not sure what was going on. Then I checked my Telcel balance. I still had over 100 pesos in phone time, but it also said 0 SMS and Internet 0 MB.

What do those last two things refer to? What's SMS and does "Internet 0 MB" basically mean I can't access anything via internet connection unless I'm using my private (or other available to me) wifi signal? Depending upon how I end up wanting to use this phone, I'm wondering if I'll want to migrate to a plan that provides more internet availability.

I know these questions are dead basic, but this is all new to me. Thanks.

SMS refers to text messages. If you are only accessing the internet through wifi and not set up to connect to the internet otherwise, it makes sense your Internet would be 0 and would explain why you weren't able to send a message outside of wifi.

Hope this is accurate (!) and helpful.

Enable "Mobile Data" on your phone to access the internet by cell.

Thanks for the replies. I'm sorry. I wasn't clear. I've been able to access internet out in the world with this phone, sending messages and receiving e-mails, etc. So my "mobile data" must be activated, I just checked preferences and it seems so.

I was just having trouble the other day and don't know if that was because the signal wasn't available for whatever reason, or if it was because I had "zero internet" based on my balance.

All the Telcel monthly plans are delineated by how much of these you receive:

You get more of each depending upon the plan and how much you spend per month on said plan. Even I understand what national minutes means, and now I understand what SMS means, so I guess I want to know what "Internet" means on a smart phone.

Is that simply a measure of how much internet you can access out in the world, when you're not connected to your own private signal at home?

Thanks for your patience.

My "Amigo" plan does not mention anything about internet, but I use it any time there is no wifi to which I can connect.
Don't know if that helps.

Using internet on your phone involves the movement of data between the source and your phone. Away from your home you need a "data plan" in order to use internet. You can get a plan or you can buy GB of data from Telcel on your Amiga plan. I don't do it. If I want interet I do it at home or at a free wifi locationl.

Hola Rosa, one thing you may find useful is that Telcel claims that if you buy 100 pesos or more of credit each month, they will give you access to Whatsapp for free. I am not sure if it is automatic or if you have to register something with Telcel. Here is the link: http://www.telcel.com/promowhatsapp/ 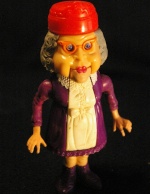 How do the cell phone rates in MX compare to rates in the states?

Far less here than in Canada. Pay as you go is the cheapest way to go if you don't use the phone too much. I make a few calls a day, send a few texts, surf the net and it costs me about $200 pesos per month.

Wow. I guess I started this thread back in April.

So for what it's worth, I just last week ditched the "Amigo" plan and signed up for a monthly plan with Telcel. I discovered I was using the phone a lot more than I had been, both due to it being a smart phone and due to my working more and more, so after collecting receipts from "Amigo" deposits, it became clear I'd be getting a LOT more for a LOT less money by signing up for a plan. The plan isn't linked to my credit card or anything; I'll just be paying cash on a due date.

Currently, Telcel plans start at $199 per month. I went with $299 per month guestimating my usage. With the contract, you get a "free" new phone, but I already have one, so I'll be selling it brand-new out of the box for half of its value and that alone will pay for the first 3-4 months.

The Amigo Plan is expensive on a per minute basis if you use your phone much at all. If not, it makes sense.

Remember the phone you get is locked to Telcel. It will not work with other vendors. This drastically lowers the value of the phone unless you unlock it. Google unlock locked phone.