Whoo whoo, how many out there would love to hear the pitter patter of little feet around the house all over again, but NOT coming from their grandkids...
Full story
http://www.bbc.com/news/world-europe-32857398

A 65-year-old German woman has given birth to quadruplets after undergoing an artificial insemination procedure, Germany's RTL television reports.

It says Annegret Raunigk had three boys and a girl by Caesarean section at a Berlin hospital on Tuesday. They were born prematurely at 26 weeks but have a "good chance of surviving". Annegret Raunigk - who already has 13 children and seven grandchildren - is the world's oldest woman to have quadruplets. The single mother reportedly decided to try for another baby when her youngest daughter, who is now 10, said she wanted a little brother or sister.

Ms Raunigk's pregnancy - the result of fertility treatment in Ukraine - has been the subject of fierce debate in Germany, the BBC's Jenny Hill in Berlin says. During her pregnancy she said she believed everyone should be able to live the life they wanted to. Asked whether she had any concerns, Ms Raunigk said she assumed she would stay fit and healthy and that she was not worried about what other people thought.

Some doctors have questioned whether she would be physically capable of bearing the children. However, the German school teacher is not the oldest woman to give birth to a child - that official record is held by Maria del Carmen Bousada Lara. She had twins in Spain in 2006, at the age of 66. Some reports dispute this, saying the actual record holder is Omkari Panwar, who is believed to have been 70 when she gave birth to twins in India in 2008. 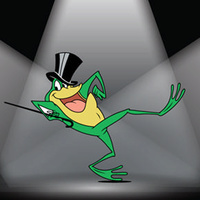