Went to Bubba's BBQ for lunch today. If you like smoked meats and deep fried food this is the place to go. While the "All you can eat Catfish" special was tempting I opted for the chicken fried steak and mashed potatoes. Can you say hmmm....hmmm.... those are some fine grits. We even bought 1 kg of pulled pork to bring home for dinner. 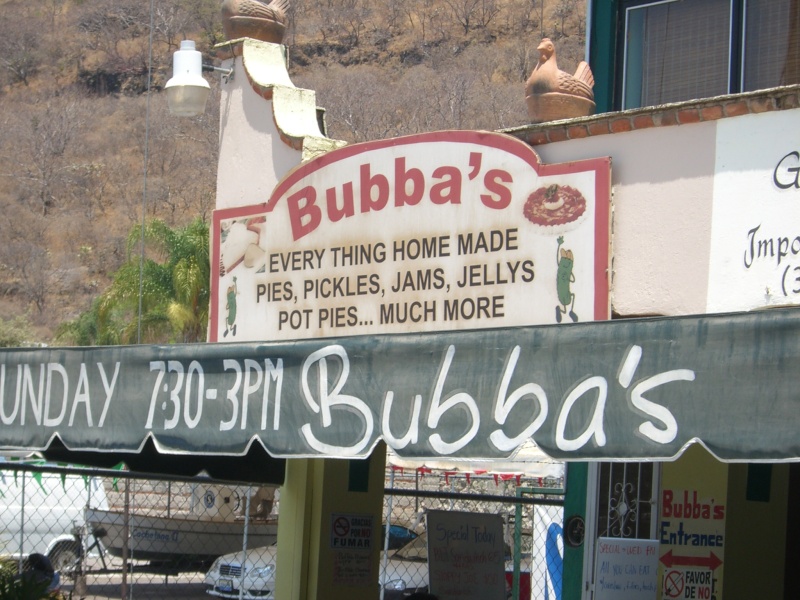 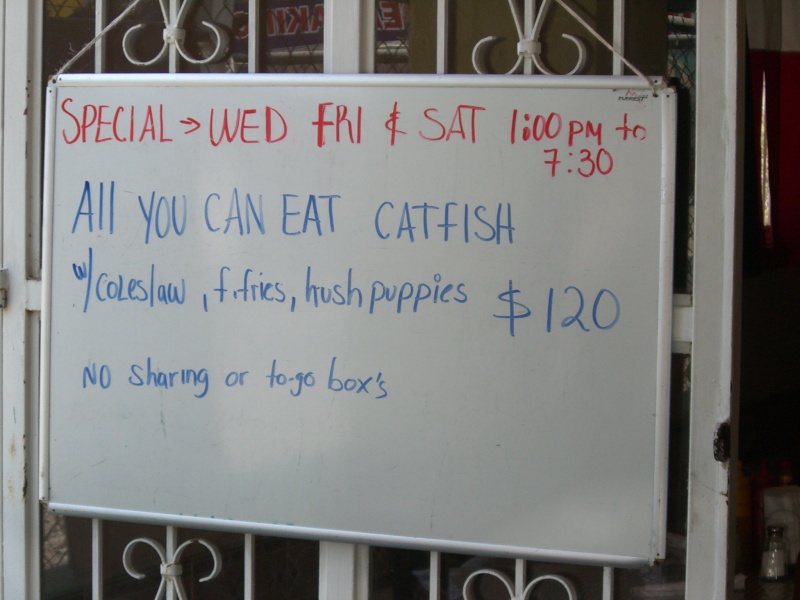 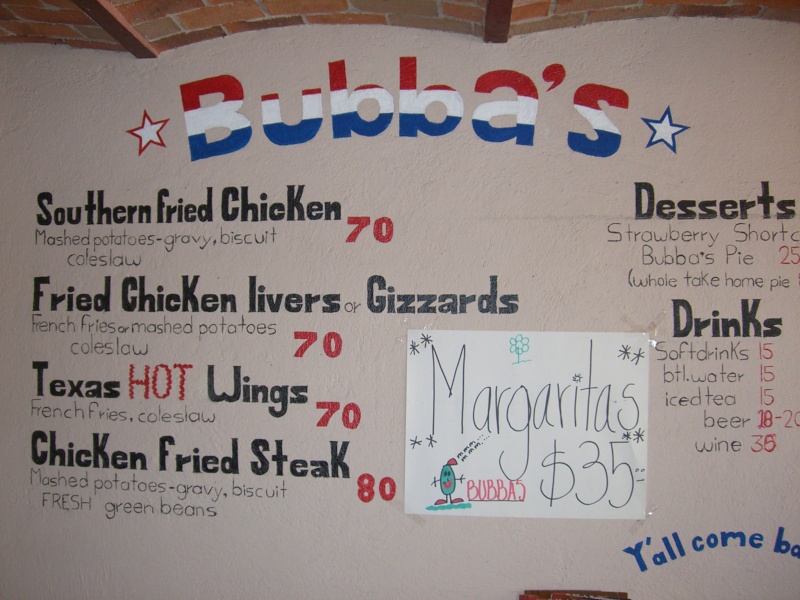 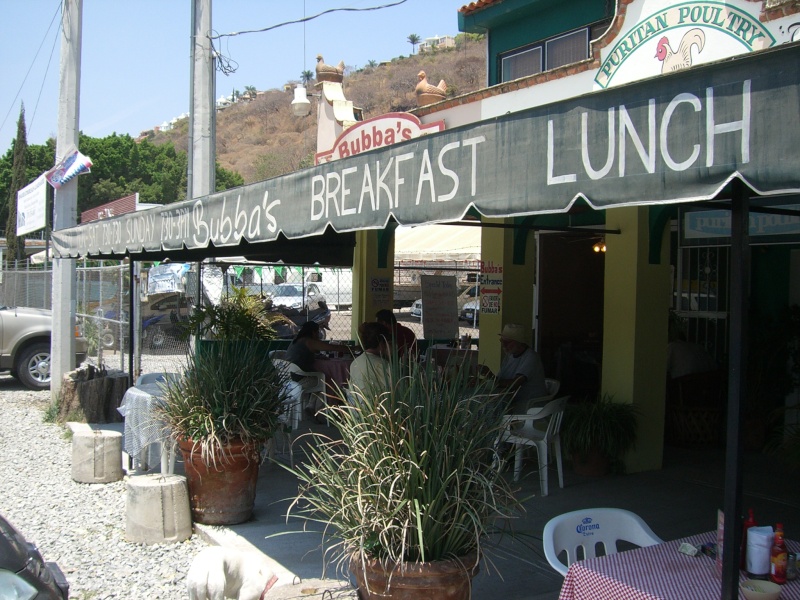 If you're feeling like hearty, they also have a fine breakfast. Enjoyed one of them and went back the next week to experience the combination of being locked in the one bano to which no one in the building had a key..............and a good breakfast. Other than that..........I consider FRIED a five letter word, so haven't had other meals there. The spinach and cheese omelet was super. Sausages were tasty and if you've a hankering for those big, fat, really gooey frosting dripping over the sides cinnamon rolls.......Bubba's is your place.

Fortunately, my lockup was ended as there was a "Mexican key" and the skills to use it in the building at the time.........so all ended well. Would I suggest that a good 'ol Texas boy go get a reg'lar key made? Not on yo' life.

The catfish is wonderful. I have had it three times and it is always prefect. Bubba told me yesterday that he is going to start making his own breakfast sausage. That boy can make anything!

elgringo wrote:The catfish is wonderful. I have had it three times and it is always prefect. Bubba told me yesterday that he is going to start making his own breakfast sausage. That boy can make anything!

Bubba's has had many mixed reviews and negative comments on TOB. We make our own fried food. Restaurants here typically don't do good fried food and who knows what ceap they fry it in. We use olive oil or vegetable oil at home and eat very little fried (artery clogging) food.

canuck bob, i've been to and enjoyed bubba's food several times. but if you like BBQ ribs and potato salad, you gotta try Gloria's in El Chante. they have specials every day, but on fridays the special is the BBQ ribs, potato salad, beans, and garlic toast. and it's delicious! and that's coming from a fat woman who DO love her food.

to get to gloria's, go west on the carretera. after you pass through san juan cosala and go past the ticky tacky development of las senderas, you'll come into El Chante. there are two topes there to slow you down. after you climb over the second tope, start looking for the fracc Rancho San Jorge on your left and the sandwich restaurant Las Torgutas on your right.

Immediately past the entrance to Rancho San Jorge, make a left off of the carretera onto that street. [no street signs, so i don't know what it's called.] follow that street the long block down until it comes to a T intersection. Gloria's is right in front of you.

i think you'll like it! gloria's husband ishmael was a butcher up in the US for many years and apparently knows his way around cuts of meat. i'm going with several friends for the ribs this upcoming friday at about 12:30. maybe i'll see you guys there! i really think you'll enjoy it.

That food sounds great. We are having our "board meeting" on Friday in Chapala. You should come on out and meet everyone.

Gloria's has some OK food....I hear her ribs on Friday are great. However I've had some disapointments: They don't know how to make Huevos Rancheros...Got Huevos Mexicana (scrambled with peppers, etc)..not bad but not what I wanted. When I asked Ishmael about it, he tried to blow smoke up my patoot about how there were "many ways" to make Rancheros in MX. Last time there, the people at the next table were having what Gloria said was a Chimichanga...BE STILL MY HEART!!...hadn't had a Chimi since moving here from Az 6 years ago! As yu'all know, A chimi is a deep-fried burrito In my eagerness to get that sucka in my mouf, I forgot that THEY DON'T HAVE A DEEP FRYER! They just pan fried it, quesidilla-style...Didn't taste bad, but NOT a chimi. Another friend says she had the nachos, and swears the cheese was like the Nachos at Oxxo...Anyway, we'll go back, usually for breakfast.