I'm surprised nobody has mentioned the new animated film "Coco". The Hollywood studio who made it, PIXAR, spent six years and a lot of money on the project. It's about a Mexican boy from a small village who longs to be a musician, but his family forbids music of any kind. Then, during Dia de los Muertos, he goes on a journey...

I'll leave it to the professional reviewers to reveal any more of it. But by all accounts, PIXAR "got it right" culturally and musically, and it's made with sensitivity and respect. And it's a huge hit, both in Mexico where it opened internationally, and up north and elsewhere now that it's being rolled out. The movie is a joy to watch, full of fun, and has been described as a "love letter" to Mexico.

Worth seeing. In local theaters now.

A review of "Coco"

We've been waiting and waiting for it to play here. And when it does we'll be at the first showing.

Coco played here a few weeks ago. It opened for Day of the Dead. It was at both Bugambillas Plaza and the Space Theatre. We saw the version in English with Spanish subtitles. The second week friends wanted to see it and it was in Spanish only. It has been our experience that animated films show English versions only the first week. We LOVED the movie. It was wonderful.

I have 6 grand daughters in 4 different schools in GDL, and I can tell you that it was a big, big hit with them, and all their classmates, and the parents of same, who saw it too.

slainte39 wrote:I have 6 grand daughters in 4 different schools in GDL, and I can tell you that it was a big, big hit with them, and all their classmates, and the parents of same, who saw it too.

It appears to be a cross-generational and cross-cultural hit. They did a magnificent job.

It is an excellent and very culturally accurate film. With lots of laughs and there weren't many dry eyes at certain points when we went to see it in Manzanillo in October. 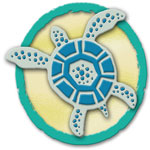 I will look forward to seeing it.
I find that a LOT of these animated films are cross generational and am amused that there are lines that the adults laugh at (for whatever reason ;) ) and different laughs for the kids.
My absolute all time favourite so far is "Over the Hedge" and I haven't seen anywhere near all of them.

I kind of think the generational line/curve, actually becomes a circle for some of us "senior citizens".