There was a couple that was scamming people Lakeside and PV last year. I do not want to mention their names. Does anyone have any info on them? 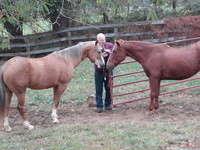 What kind of scam(s)? That may better jog memories.

PM me their names. I may have something in the forum vault which is where I keep all the previous threads that name names and "events"......
_________________
Vacation Rentals
www.casadecomo.webs.com

Bob, did my PM go through?

I think they ripped off someone(s) for rent in SMA and then made their way to Chapala. Check out the posts of "jabonera", as she was quite involved with the same people.

I put a long message on tob about this couple..

ccw wrote:Bob, did my PM go through?

Slainte where are the posts? I searched this forum.
Thanks

Are you talking about renters

SunshineyDay wrote:Slainte where are the posts? I searched this forum.
Thanks

Must have been on TOB that I remember reading about her entanglement with this couple.  She was "weird", herself, so it might have been marriage made in hell.

BTW....the couple being inquired about, the female was named Denise, posted on the boards, and was Game of Thrones fan, as she was trying to secure previous year's dvd's and wanted to know if there was a group that met about the series.

slainte39 wrote:I think they ripped off someone(s) for rent in SMA and then made their way to Chapala. Check out the posts of "jabonera", as she was quite involved with the same people.

You should make it clear that Jabonera was involved only as a victim. She is most certainly one of a kind, but never a scammer! Her problem is she has a heart of gold. When she was ready for a couple of cats, she went to the cat shelter and asked to adopt the two cats which had been there the longest.

The woman was a very obese white woman and her partner was a black man, who claimed he was ex-military. 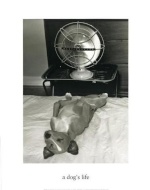 Love it, the fat one sounds like a great blind date.

I just learned this evening that they may have been neighbors of mine until recently. I gotta pay more attention to the local drifters and grifters. Or not.

A new scam from this couple, I think.  Yesterday my Shaw installer, José Anguiano from Chapala, was at my house upgrading my system and he had to drive to Guad to have my box repaired.On the way he received a call requesting a service call.  The man then called back after a short while requesting he stop at Oxxo and put $100 on the man's phone.  It seems that he was driving to town as well, a car stopped short in front of him and he rear-ended it.  The little girl inside didn't have a seatbelt on, hit her head, blood was flowing, and they were now all at the hospital in Guad where she needed a CAT scan.  Yet he only started out with the $100 request from José.  José immediately recognized the scam scenario that was about to roll out but played along with him for fun as he had three hours to kill in Guad while he waited for my box.  The guy called him back several times waiting for the $100 credit on his phone as he was "almost out of minutes."  José strung him along by saying he'd tried to make the transfer but the numbers must have been wrong as he'd tried "five times and it wouldn't go through."

When he returned with my repaired box, he asked me to listen in on the next conversation with this guy on speakerphone.  So he called him to verify the numbers again and they were correct.  His voice bore a soft southern accent.  The man became irritated and said, "Listen, man, you been lyin' to me and I been lyin' to you but I never "aksed" you to do nothin' you didn't wanna do."  José then still maintained he'd tried and the guy hung up.  When I recognized the Gullah word "aksed" I read this thread to José and I strongly suspected this was the husband of the scam couple.

Supposedly the husband was a parole/probation officer I assume retired. I thought they had moved on but I guess not. Nasty pieces of work.

I don’t think aksed is Gullah but it sure is used commonly among African Americans. Maybe that’s where it came from.

Carry Bean wrote:I don’t think aksed is Gullah but it sure is used commonly among African Americans.  Maybe that’s where it came from.

In the 90's PBS did an 8 part series on "The Story of English" and also published a book with 8 chapters about the origins of various American accents from their European and African roots. I'd always assumed "aks" was a variant of "ask" when people had trouble pronouncing an "x," but their research did trace it back to one of the many words that developed out of pronunciation simplification for communication between West African slaves and their white "masters," Gullah being one of them. It eventually became a regular word in the African American speech vocabulary.