ferret I think you are right. That information and the weather sites come from CONAGUA. Now they show that the level has gone up 67 centimeters.

I knew I had this information somewhere-it just took me awhile to find it; for what it is worth.

The arbitrary level (cota) of 100 .00 was fixed on a bridge at Ocotlan decades ago. The bridge no longer exists, but the cota of 100.00 [elevation 1526.8 meters above mean sea level] has not changed. Owing to various hydrological engineering works, the lake is now considered "full" at cota 97.80. The lake would be "empty" at about 90.00.
-A dimension is the numerical value of any level with respect to another level that has previously been assigned a fixed dimension. In all the world is used like fixed level the one of the sea, whose quota is 0.00m. In order to measure the level of the lake an arbitrary quota established by the Engineer Luis P. Ballesteros in 1910 is taken, taking a fixed point located in the old bridge of the Cuitzeo, on the River Santiago, to the entrance of the population of Ocotlán. At that point he was assigned the quota 100.00, which is equivalent to 1,526.80 meters above sea level (msnm).In 1981, the Secretariat of Hydraulic Resources (SARH) established a new equivalence to the boundary of Ballesteros adjusting it 80 centimeters to be at 1,526 msnm. As a result, the maximum capacity of the lake was established at elevation 97.80 (1,523.80 masl), with a maximum depth of 8 meters and a maximum storage of 7,897 Mm3.

Ferret: You're right, I see the dates in the heading and also how they relate to the chart. So there is no buoy...just some guy climbing down a ladder to take a reading off a gauge. Not as high tech as what I assumed. Cypress: Thanks for clarifying that.

My thanks to Cypress for the basis for lake level measurements.

Now does anyone have any information (or speculation) on why the surprising rate of increase compared to previous years? I only go back seven rainy seasons but it doesn't seem like the rainfall this year is that unusually high.

Well starting last year there is a new agreement requiring the dams to open late June/early July. This explains why the lake has risen earlier than previous years. It feels to me like we have had more rain (so far) than previous years. If you recall it seemed like the rainy season was starting a month early with the days of torrential rains at the beginning of May.
_________________
Vacation Rentals
https://casadecomo.webs.com/

Also remember that the dams that were newly built had to get filled first. They have now been in place for a number of years so they're letting out water earlier because they better know what's coming in terms of rainfall and refill.
On the subject of rain, I haven't had any today. Just got a call from a friend in El Chante and they've had two inches in the last hour... everywhere is flooded over there... in Joco and in San Juan Cosala. Heads up! 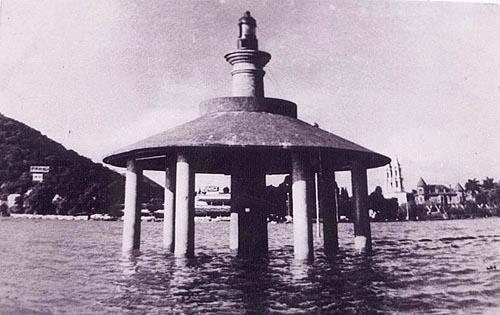 Raging arroyos in Joco and large lirio islands in Chapala explain a lot.