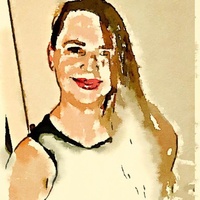 The recession in the USA has hit everybody really hard…

My neighbor got a pre-declined credit card in the mail.

Wives are having sex with their husbands because they can’t afford batteries.

A stripper was killed when her audience showered her with rolls of pennies while she danced.

I saw a Mormon with only one wife.

If the bank returns your check marked “Insufficient Funds,” you call them and ask if they meant you or them.

McDonald’s is selling the 1/4 ounce burger.

Parents in Beverly Hills fired their nannies and learned their children’s names.

My cousin had an exorcism but couldn’t afford to pay for it, and they re-possessed her!

A truckload of Americans was caught sneaking into Mexico.

A picture is now only worth 200 words.

The Treasure Island casino in Las Vegas is now managed by Somali pirates.

I was so depressed last night thinking about the economy, wars, jobs, my savings, Social Security, retirement funds, etc., I called the Suicide Hotline. I got a call center in Pakistan, and when I told them I was suicidal, they got all excited, and asked if I could drive a truck.

SLEEPING WITH TERRY:
The guys were on a bike tour. No one wanted to room with Terry, because he
snored so badly.
They decided it wasn't fair to make one of them stay with him the whole
time, so they voted to take turns.

The first guy slept with Terry and comes to breakfast the next morning with
his hair a mess and
his eyes all bloodshot. They said, "Man, what happened to you? He said,
"Terry snored so
loudly, I just sat up and watched him all night."

The next night it was a different guy's turn. In the morning, same thing,
hair all standing up,
eyes all bloodshot. They said, "Man, what happened to you? You look
awful! He said, 'Man, that Terry shakes the roof
with his snoring. I watched him all night."

The third night was Peter's turn. He was a tanned, older biker, a man's
man... The next morning
he came to breakfast bright-eyed and bushy-tailed. "Good morning!" he
said. They couldn't believe it.

They said, "Man, what happened?" He said, "Well, we got ready for bed. I
went and tucked Terry
into bed, patted him on the arse, and kissed him good night on the lips.
Terry sat up and watched me all night."
With age comes wisdom.

One Woman\'s Search for True Love

When I was 18, I got a boyfriend, but there was no passion. So I decided I needed a passionate guy with a zest for life.

In college, I dated a passionate guy, but he was too emotional. Everything was an emergency, he cried all the time and threatened suicide. So I decided I needed a guy with stability.

When I was 25, I found a very stable guy but he was boring. He was totally predictable and never got excited about anything. Life became so dull that I decided I needed a guy with some excitement.

When I was 28, I found an exciting guy, but I couldn't keep up with him. He always got mad, he did impetuous things and flirted with everyone he met. He made me miserable as often as happy. He was very energetic, but directionless. So I decided to find a guy with some ambition.

When I turned 31, I found a smart, ambitious guy with his feet planted firmly on the grou! nd and married him. He was so ambitious that he divorced me, took everything I owned, and
ran off with my best friend.

To help save the economy, the Government will announce next month

the Immigration Department will start deporting seniors (instead of illegals)

in order to lower Social Security and Medicare costs.

Older people are easier to catch and will not remember how to get back home.

I started to cry when I thought of you.

He said, "What are you doing father?"

"Because my wrist is killing me.”

Hockables, it should be a requirement that you post a joke a day.
Funny, funny stuff.
You too, Cheena.

A Lake Made of Beer

Two men were out fishing, when they found a lamp floating in the water. One of the men picked it up and rubbed it, causing a genie to explode from the lamp. Unfortunately, it was a very low-level genie and could only grant one wish. The men thought for a few minutes and then wished for the entire lake to be made of the best beer in the world.

With a poof! the wish was granted. All of a sudden, one of the men got really angry.

"Dammit! Now we have to piss in the boat!"