This was my first time on Volaris and I was concerned with all the negative I had read about extra charges for this and that, but the price was right so I did it.

We left on time and arrived on time. I kept within the baggage limits and didn't have any problems; the check in person did make sure m carry-on wasn't over even by 1". No leeway and no problems.

The only issue I had was that I was charged US$24 for a tourist visa; when I asked about it I was told to contact the Volaris office at the Guadalajara airport, which I will do.

So far, Volaris gets two thumbs-up from me even though the only thing offered on the flight at no cost was water (and no pay toilets as was joked online sometimes).

I had lost my return portion of my exit visa and as I was told in the legal thread, I just filled out another one and sailed through immigration with no problem. The immigration agent spoke English and asked how I liked my flight on Volaris. I said I had no complaints but would have to work out the refund for the tourist visa. He said that happens "a lot." He seemed surprised that I had no problems with the airline but as I said, I give it a thumbs up.

Slid through customs without issue and got home safe.

A lot of sticker shock in Nevada though. Gasoline was much lower than here, I saw $239.9 there. Also, consumer prices, especially on electronics, were 1/3rd. to 1/2 of here. Some food was less but fruits where the same or sometimes higher, but the quality was for the most part, much better than I get here.

We did a first-time round-trip on Volaris in Nov-Dec, GDL to SAT. We were quite pleased. The only significant hitch was that I could not get Volaris' web check-in to work on any browser.

We did not pay extra to pre-select our seats. Nevertheless, we were able to pick seats at the kiosk in GDL. San Antonio has no kiosks, so we got what they gave us. But both flights were only about 2/3 full, so we had a row to ourselves in the end.

In order to bring a 'normal' (by US standards) carry-on, you must pay extra (US$9 if done in advance). But because you get one free checked bag per person on international flights, it was still very economical. 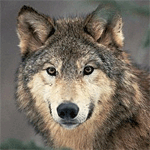 All these new airlines (Volaris has to compete with the others so it has changed) one has to follow the rules. For example VivaAerobus allows 10kg for carry on luggage per person.  So they weigh your purse/manbag and your carry on bag.   Another might have a different rule.  To avoid problems do pay attention to the rules when buying a ticket.  Extras considered normal NOB might be a cost plus option.  We like all the Mexican airlines but one does have to pay attention when buying a ticket. If your Spanish is not up to snuff suggest using a travel agent to get your ticket to avoid surprises.

We paid for the shuttle and were left stranded in the cold dark along with others and the store there said it is common so NEVER pay for shuttle service in San Diego. Also got charged for tourist card fee. Web check in doesnt work and that will get you another charge unless you paid for extra bags.

Volaris has some very good deals.  I am a V-club member and have taken 9 flights with Volaris this year. They just sent me a coupon that I used to get a ticket for less than $150, USA, RT to Cancun from GDL.  There web ticketing is a little deceptive, you have to uncheck the add-ons.  They also let you choose to pay in Pesos or Dollars without a international transaction fee.

There customer service is great unless you have to call them.  I never had a problem checking in online and getting my boarding pass.