Whenever I am discussing alcohol with my American friends (and some Eastern Canadians) they get confused with what I am referring to so here are my definition's:

Texas Mickey - This is a 101oz bottle of hard liquor. This one usually has a pump on top ( I believe may only be available in Canada) 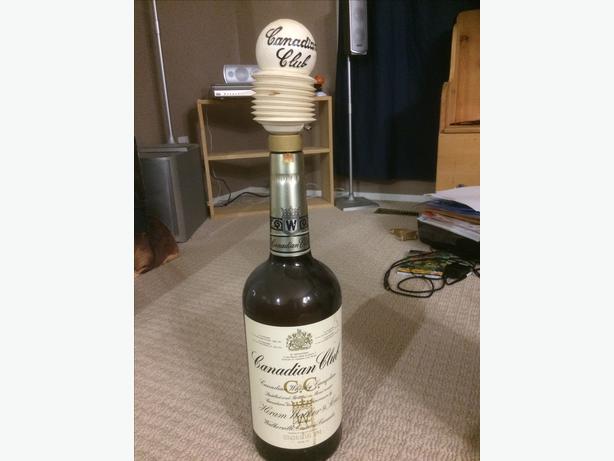 They also sell 18 packs of beer in Canada but have no slang for that one.

Speaking of Canadian Club... it was my hubby's favourite drink but cost a LOT of money when we first moved to Mexico so he switched to Oso Negro Ginebra. Now, there is a brand available called "Grand Grizzly" which, according to my hubby, is a dead ringer for Canadian Club and it's CHEAP because it's bottled in Guadalajara. We were told that it comes down in a tanker truck... but don't tell the cartels.

CanuckBob wrote:Whenever I am discussing alcohol with my American friends (and some Eastern Canadians) they get confused with what I am referring to so here are my definition's:

They also sell 18 packs of beer in Canada but have no slang for that one.

I don't drink liquor so don't know much about that, but I do drink beer. Here are the terms/slang I'm familiary with from the U.S. (with a western US orientation).

My daughter was a bartender in Seattle and referred to a 12 pack as a half-rack.

M., a fifth in the US is 4/5 of a quart or 1/5 of a gallon. Mathematically that would be about 757 grams, but most bottles nowadays only contain 750 grams.
26 I think is referring to about the number of oz. in a fifth.

Some years ago, "pints" also got magically reduced from 16 to 12 oz.


It´s all a conspiracy against us Irish, bro.

I remember, in the 70's, in the deep back woods of the Nass River Valley. Thousands of acres of raw forest - no police. A small settlement, and one of them was making moonshine. He watered it down (from 95% abv), added sugar and instant coffee and offered us all a swig -"See - just like frickin Tia Maria, Eh!".

Did anyone go blind?

No blindness - we had other materials for that! The wines were awful, had a lot of sugar in them. One of them, Slingers, had so much sugar that it would chrystalize on the bottom of the bottle. Others like Berry Jack, Black Jack, Apple Jack, Grape Jack were more like syrups. For some reason, many native/aboriginals craved the sweetness. Also popular for them was gallons of very inexpensive Calona Rich Red, which the racist idiots, started to call "Okanogan Leg Opener"

For the rest of us, the North was riddled with illegal drugs of all types. A combination of the offshore fishermen in Prince Rupert, networks of "grease" trails, only known to local natives, Empty train cars not supervised at all - and then hardly any police prescene at all, a perfect storm. In fact, I think police were not allowed to enter reserve land without special permission. They could not repossess cars for example, so no one would lend money to reserve residents.
It was just too difficult to travel all the way to a Government Liquor Store, which in those days, the clerks stood behind a counter, and customers had to ask or write out orders. When they changed this to customer access system, many made a fortune finding vintage and very rare bottles, which came from the small towns, never sold for many years.

In my circles, a case was a two-four. also sometimes referred to as a square (even though it isn't).

When I was very little my Dad would send my brother tontge neighborhood tavern for a bucket of beer which were about 5-6” tall and had a brewery’s name on them.  They became a collectors’ item.