Looks like a few years ago they had too much agave in the ground and they plowed alot under well now
it looks like a shortage soon so you might want to put away a few bottles for the next few years. Article
is in this weeks guad reporter. Dawg time to put some Herradura blanco in storage. Go read the article
and tell me if you think I am right in putting a few bottles away.

The Tequila Industry has been through this cycle before and it is no different than the agricultural cycles we see all over the world. The article appears to be a simple filler piece. It makes the statement: "...... the National Chamber of the Tequila Industry (CNIT) has said that 45 to 50 million agaves must be planted to avoid another deficit next year." In view of the fact that it takes an agave plant 7 to 10 years to mature for harvest - what effect will planting agave this year have on next year?

Industry reports don't seem to agree with this report. From my readings, it appears that all of the new Tequila Distilleries and increased demand from exports may be the culprit? For example, it is being projected that: "We predict that exportation to the US of Tequila 100% will increse by 80% over the next 5 years."
http://thecritico.com/industry-stats/

Zedinmexico wrote:Looks like a few years ago they had too much agave in the ground and they plowed alot under well now
it looks like a shortage soon so you might want to put away a few bottles for the next few years. Article
is in this weeks guad reporter. Dawg time to put some Herradura blanco in storage. Go read the article
and tell me if you think I am right in putting a few bottles away.

Thanks for the warning, Zed. Herradura Blanco is already dear. Dawg may put a few bottles into the inventory shack but there is a monitor sharing my property with me who might become agitated upon having discovered a large cache of tequila upon our premise if you get my drift so politesse dictates my weighing the values of a large inventory of booze versus living alone into the indefinite future spending my days pouring tequila into shot glasses and wondering what went wrong only to eventually puff up and die of liver failure. 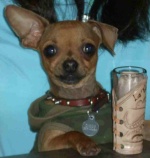 Sounds to me like a dollar cost averaging thing. Buy the best. Put a little, or more away each year, then you've got yourself a little tequilla investment cellar. Me - just pour. Life's too short. jaja. That being said, what's the best, dollar for dollar, for everyday drinking (I'm not talking mixed drinks), and for special occasions/setting aside/bribing ? 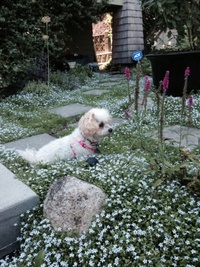 Can say this with certainty: the big names (Cuervo, Patron) are only the best in terms of marketing; you can get much better by paying less.

HelperGuy wrote:Can say this with certainty: the big names (Cuervo, Patron) are only the best in terms of marketing; you can get much better by paying less.

Very true. It is so fun to collect Tequila and compare and afford compared to collecting single malts scotch for example.

HelperGuy is correct in saying you can get better and often for less. e.g. Patron and Don Julio are way overpriced. As fas as the best for less for everyday, that's a personal taste issue just like wine.

I think there's less of a discrepancy issue with tequila than there is with wine. One can certainly prefer one tequila to another, but the quality differences are quite noticeable as well. IMHO.

Pretty much the same with wines IMHO. There's quite a wide range of quality at every price level.

100 brands of tequila in my day, easily, and I would not agree.

Maybe I don't understand your point. Are you saying there are or are not quality variances with wines and tequilas.

I guess I don't know what I'm saying, either. Let me think about it.

Actually, I don't think I'm making my case. In any of the price ranges I could afford for tequila, there are very few quality drinks. In any of the wine price ranges, there are lots of good ones. I can compare to single-malt scotch, of which I know very little except this: when I finally was treated to a really good one, everything else tasted like paint. So much so that there was no point buying anything less. This was ultimately a question of quality, and definitely not taste.

As I reread these comments carefully, I can plainly see no sense at all, or perhaps even nonsense.

While you do not detail your Tequila experience, as a collector of fine Tequilas, I have learned that there are definitely distinct differences between various Tequilas. One of the best learning experiences we have ever experienced was during a visit to Casa Cofradia about a year ago. We made the visit on a Sunday and they gave us the longest and most extensive tasting experience we have ever enjoyed. You can see from their website: http://www.casacofradia.com/casacofradiaproductos.html
that they produce a wide variety under their various labels and they also produce private labels such as Casa Nobles. For comparison, we had previously visited Cuervo and didn't experience the variety of tastes and obvious differences.

I will not even presume to enter a discussion on wines since they are a total waste on me!

We just visited Cofradia for the second time about 3 weeks ago. They have a new Casa Noble Negro that is a Carlos Santana signature edition. 7 years old I beleive and very dark. Best tequila I have ever tasted albeit $800 pesos for a small bottle.

Your 2nd and 3rd assertions suggest a GREATER quality difference among Tequilas than among wines. I would agree. e.g. Tequila ranges from crap to sublime. Wine ranges from mediocre to sublime.

Here is a website for it. It is produced at the Cofradia factory.

I use El Jimador with squirt.......jajaja. Goes down just fine.

Did they happen to say if the "Santana" was for domestic or export? Haven't seen it up here as yet but we lean towards domestic only to bring home for our collection.

As for Tequila n' Squirt, Mexico has taught me that Squirt w/Tequila or Ron is a great substitute for my old favorite Ron e Pepsi. And caffeine free!

I didn't ask but you can buy a bottle at Cofradia. Might need to take another visit eh?

I use El Jimador with squirt.......jajaja. Goes down just fine.

El Jimador is the most popular Tequila in Mexico. It is owned by Herradura (horseshoe).
It is actually being sold in US now and if it gets people in the US to stop buying Crap
Cuervo I am all for it. In Oregon 750ML bottle is about 20USD. Not bad. Don't judge
Cuervo Traditional as one would Cuervo Gold as it is quite good. The Mexicans keep a
bottle in freezer around here for some reason and a frozen shot at the end of a meal
is quite good. To me Herradura Blanco tastes different than most of the 100% Agave
large production tequilas. Natural Fermentation out of the air may be the difference.

I do strongly suggest a tour of the Herradura factory as they still have the 1700 pits
and old beautiful copper stills and such and the grounds are beautiful. They also let you
taste the difference between the three types of tequila and you can taste the raw stuff
or taste pretty much anything around the place other than the super expensive stuff.

Dawg they also sell really nice shirts with a huge Herradura logo on the back. One of
my prized shirts.

Heradura is owned by Brown-Forman one of the better giant wine and spirits companies.

David wrote:Heradura is owned by Brown-Forman one of the better giant wine and spirits companies.